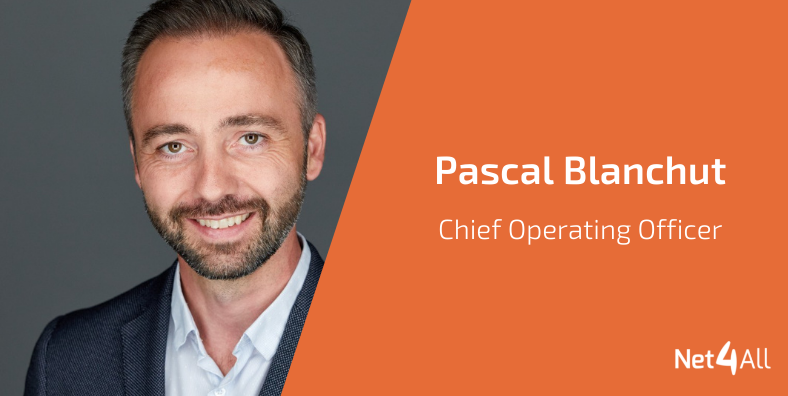 After starting his career as a Business Analyst and Developer at Nestlé, Pascal Blanchut co-created Axionet in 2009, a company specialising in the development of turnkey software and third-party application maintenance. As Chief Operating Officer and E-Commerce Manager, he has strongly contributed to the development and growth of the company.

In 2015, following the acquisition of Axionet, he joined Bemore Solutions as Operations Manager where he worked, in particular, on infrastructural projects. Thos diverse experiences have allowed him to gain knowledge in multiple practices, to develop his style of management, to become a “jack of all trades,” positioned in key roles in the organisation. In 2018, he joined Net4All as Service Delivery Manager and Head of IT Operations. He is committed to ensuring customer satisfaction and the excellent performance of our platforms.

After almost 3 years in our company, Pascal Blanchut is taking over from Anthony Gerard and has become Chief Operating Officer.